Dodo Pizza has always had a brand platform. The name, character and mood, love of absurd things and pursuit of impossible are all references to “Alice's Adventures in Wonderland” by L. Carroll. And this concept was introduced by Fyodor Ovchinnikov when he founded the company. “Alice” worked as a brand platform for many years and it influenced the strategy, the tone of voice and design.

Besides that in the first several years Dodo Pizza generated much information about the brand:

— Many texts by Fyodor Ovchinnikov are actually manifestos and his public speeches often have retrospective analysis in them;

— A huge number of texts, videos and graphic materials represent the whole and consistent knowledge about the brand. These materials have been created by a small team in the same communication area.

At a certain moment the brand needed a system approach to keep and grow this knowledge. And this approach had to be a little less storytelling and a little more formal.

We started with the values. We had four ideas: “taste”, “quality”, “openness” and “trust”. They are the values – from the most simple and specific to the most complex and abstract. The solution was not to believe that these words speak for themselves, but to define them in as much detail as possible. So, we answered two questions: “what’s the point” (what it means for the company) and “how we see it” (what it means for the clients).

Here is what we got:

As soon as we described the four values, we realized that we missed the fifth one. And it had to be larger and more universal, to be the one that makes it worth all the effort. We understood that this value is “cooperation”, “connection”. In the end we decided to use “community”.

After that we wrote and rewrote a heap of texts together with the Dodo team. These texts are about the audience, character, about how to make campaigns, how to select partners, how to create menus.

All of these texts change from time to time, at the moment they look like this: 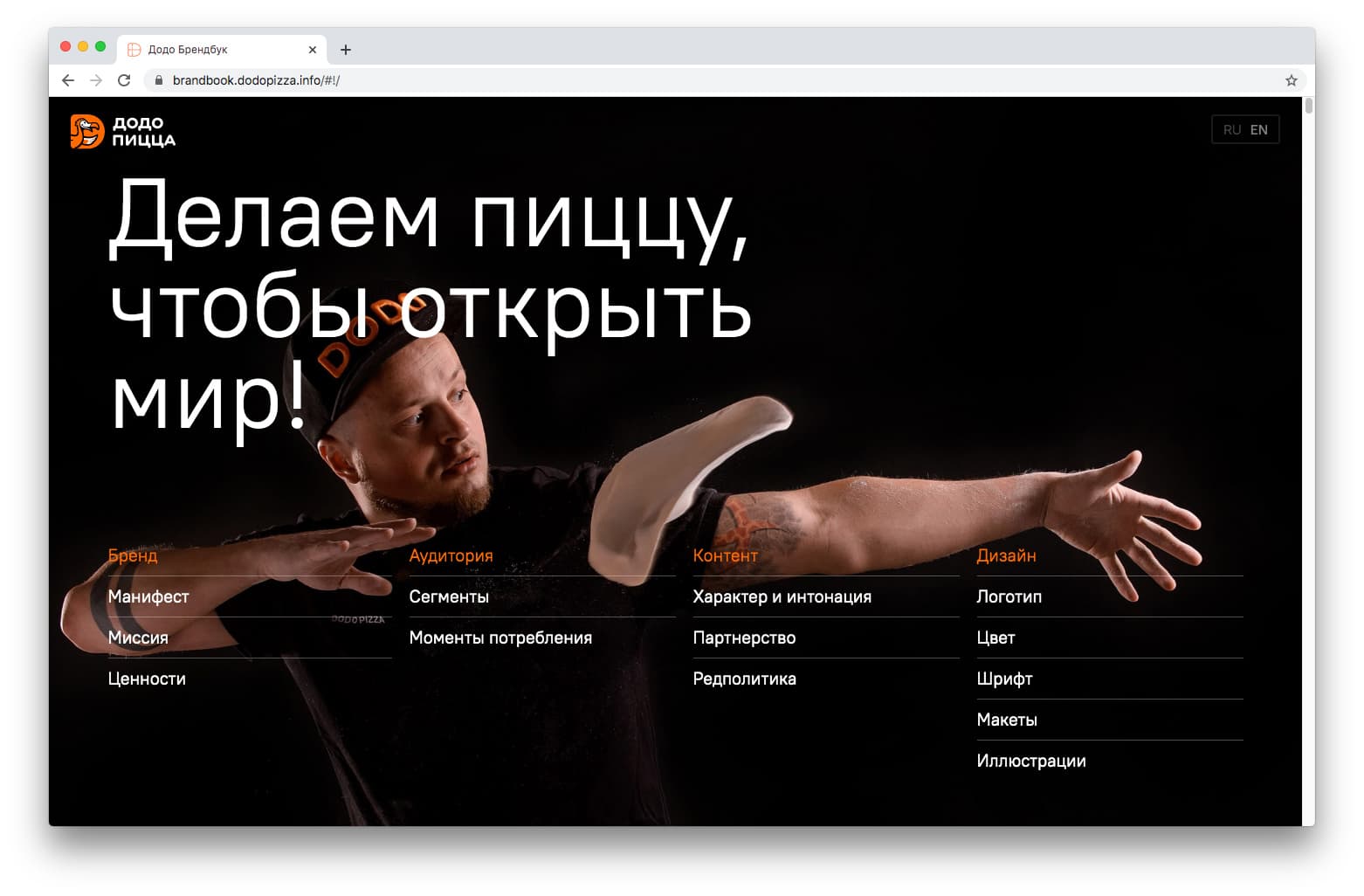